Forthcoming in Philosophical Studies: A Simple Theory of Rigidity 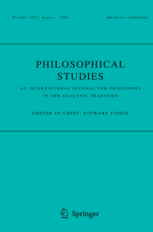 After wrestling inconclusively with this topic a couple of years ago on this blog, I came to a much clearer view about rigidity, which I set forth in this paper:
A Simple Theory of Rigidity

The notion of rigidity looms large in philosophy of language, but is beset by difficulties. This paper proposes a simple theory of rigidity, according to which an expression has a world-relative semantic property rigidly when it has that property at, or with respect to, all worlds. Just as names, and certain descriptions like The square root of 4, rigidly designate their referents, so too are necessary truths rigidly true, and so too does cat rigidly have only animals in its extension. After spelling out the theory, I argue that it enables us to avoid the headaches that attend the misbegotten desire to have a simple rigid/non-rigid distinction that applies to expressions, giving us a simple solution to the problem of generalizing the notion of rigidity beyond singular terms.

Pre-print available at PhilPapers
Posted by Tristan Haze at 21:38 199 comments: