Notes on Modal Issues Regarding the Ontology of Propositions

A true sentence like ‘John is here in this room’, and its Twin Earth counterpart, express different propositions, since they are about distinct people. And that means that propositions sometimes constitutively involve particular external things that they are about.

What, in light of this, should we say about how, if at all, what propositions there are—what claims exist—varies across possible worlds?

One side of this issue is: could propositions like the ones expressed by a normal true use of ‘John is here in this room’ have failed to exist? Do they fail to exist in (or with respect to, perhaps?) all worlds in which John does not exist? (I set aside Williamsonian necessitarianism about what there is.)

My notion of the internal meaning of a sentence, or the way it is used, gives me a way of agreeing that there’s something right about the idea that the meanings of sentences are just there and exist necessarily. Given a normal occurrence of ‘John is here in this room’, the way the sentence is being used—which it has in common with its Twin Earth counterpart—may be regarded as a pure abstract object, like a way of dancing, which we can say is just there and could in no sense have failed to exist.

Here is another question we might ask: propositions about particular people and physical things—suppose they do exist in some possible worlds apart from the actual world. But do they themselves have different properties in worlds where the things they are about have different properties? A way of using a sentence, we might say, is just what it is and doesn’t have different intrinsic properties at any rate in different worlds—it will of course have different extrinsic properties such as ‘having been instantiated by someone wearing a blue hat’. But if a claim constitutively involves the object it is about, is the object with respect to the claim like a diamond set in a piece of jewellry, so that the piece’s properties change whenever the diamond’s do, since the diamond is part of it? I think perhaps this need not be so. We could instead use the model of something which needs to be tied to something else, and which disappears, or at least ceases to be that thing, if we cut the tie or remove the something else.

A tremendous complicating factor is that there are undoubtedly, in some sense, claims about things that do not in fact exist. We cannot here follow Kripke in Reference and Existence into the view that these sentences do not in fact express propositions, anymore than we should follow him in analyzing particular existential statements as talking about whether there is such-and-such a proposition. (That theory is I think clearly tortured but this is not the place to mount objections but see Postscript.) And recall there that even Kripke was keen to avoid the seeming absurdity of having to hold that the correct analysis of a statement can depend on whether it is true or false. However! It seems to me there is one thing in this general vicinity which we might indeed have to come to terms with. Namely, that the modal profiles and identity conditions of propositions expressed by statements involving names that happen to be empty differ from those of propositions expressed by statements which are being used in exactly the same way but where the names aren’t empty.

‘What if Vulcan had existed?’—Are we to follow Kripke in his view of unicorns and apply that even to the case of names, i.e. say that there is no particular possibility in question at all here? A lot of what I am otherwise tending toward does seem to be leading me that way—but I suspect that here the shoe might really pinch, and that dwelling on this part of the issue and trying to do it justice will lead to a breakthrough—-a better view. A kind of more nuanced view which, pace recent Williamson, would not be a case of overfitting.

Postscript. It seems a very important objection to Kripke’s analysis of negative existentials in R&E that he is kicking the can down the road. For how does it get to be true that ‘There is no such proposition as that Vulcan exists’ expresses a true proposition? If we interpret it metalinguistically, it’s wrong as an analysis. So then how do we interpret it? The ‘no such’ has a soothing effect and as it were shrouds the occurrence of ‘Vulcan’ in a haze. But we still need to account for what it’s doing there and how we get different statements when we pop in different empty names.

This post is dedicated to the memory of the late Queen Elizabeth II.

Posted by Tristan Haze at 22:18 No comments:

Meaning and Metaphysical Necessity - now out with Routledge 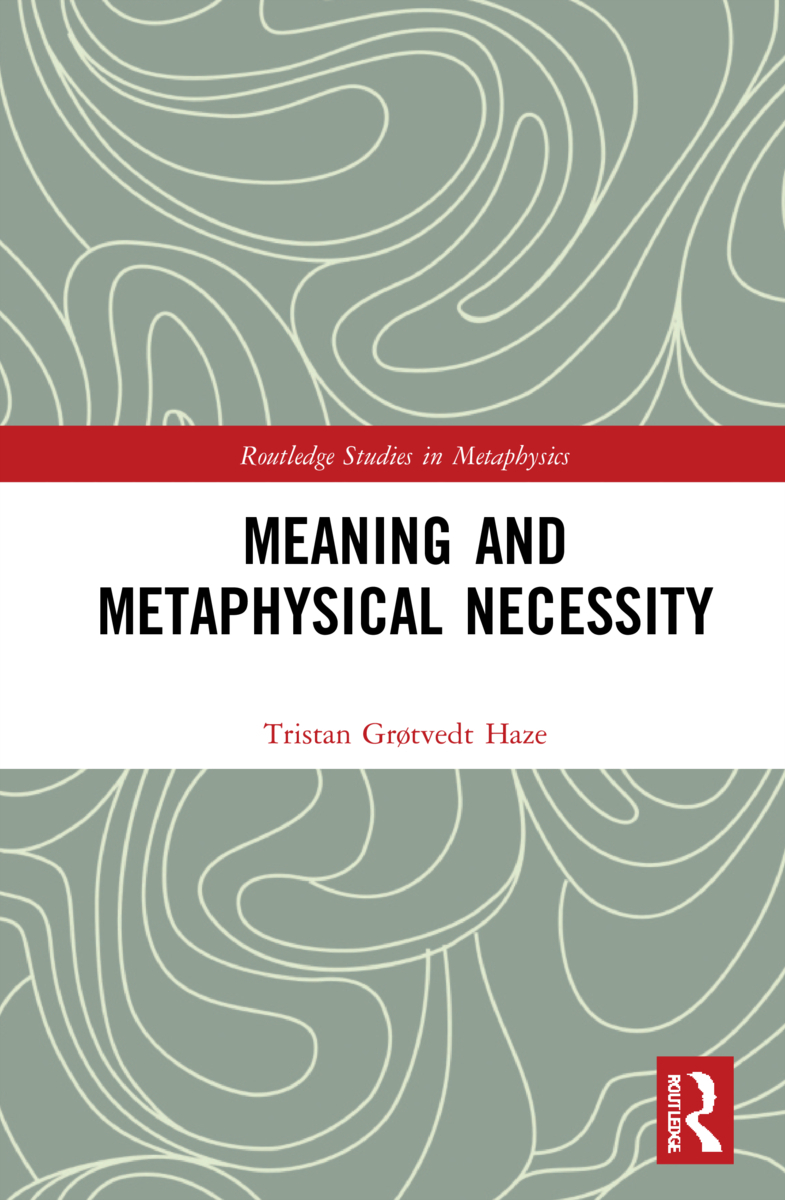 My book Meaning and Metaphysical Necessity is now out with Routledge. I began seriously developing the ideas in it in 2011 when I began my PhD, which is also the year this blog started. Many of the posts here over the years were devoted to working out the views in the book.
Posted by Tristan Haze at 22:06 2 comments:

The Threefold Root of the How-Question About Mathematical Knowledge

1. Real justificatory demands internal to mathematical discourse. For particular mathematical claims, there are very real 'How do we know?' questions, and they have substantive mathematical answers. The impulse to ask the question then gets generalized to mathematical knowledge in general, except that then there's no substantial answer.

2. A feeling of impossibility engendered by a causal theory of knowledge. If you only think about certain kinds of knowledge, it can seem plausible that, in general, the way we get to know about things is via their causal impacts on us. This then makes mathematical knowledge seem impossible.

3. Our deeply-ingrained habit of giving reasons. The social impulse to justify one's claims to another is hacked by a monster: the philosophical question at the heart of the epistemology of mathematics.

If it were just 1 and 2 getting tangled up with each other, the how-question would not be so persistent. With existing philosophical understanding we'd be able to see our way past it. But 3 hasn't been excavated yet and that keeps the whole thing going.

A Puzzle about Abbreviation and Self-Reference

Let us use 'ONE' as an abbreviation of 'This sentence token contains more than one word token'. Now consider whether the following is true:

Major Inaccuracies in Misak's review of Journey to the Edge of Reason, a new Gödel Biography

In the Times Literary Supplement there is a review of a new biography of Gödel biography by philosopher Cheryl Misak. The review is called 'What are the limits of logic? How a groundbreaking logician lost control'. This paragraph contains two major inaccuracies:

Gödel proved that if a statement in first-order logic is well formed (that is to say, it follows the syntactic rules for the formal language correctly), then there is a formal proof of it. But his second doctorate, or Habilitation, published in 1931, showed that in any formal system that includes arithmetic, there will always be statements that are both true and unprovable. The answer to the Entscheidungsproblem was, therefore, negative.

The second major inaccuracy is that the answer to the decision problem (Entscheidungsproblem) is not shown to be negative by the incompleteness theorem that Misak alludes to. The negative answer became known only in 1936, when Alonzo Church and Alan Turing independently showed it. 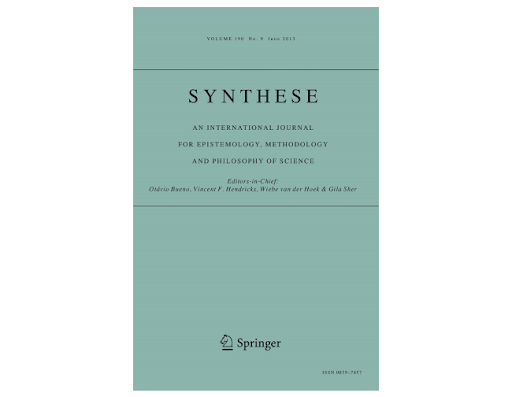 Validity as (Material!) Truth-Preservation in Virtue of Form

Forthcoming in Analytic Philosophy and available on PhilPapers.

According to a standard story, part of what we have in mind when we say that an argument is valid is that it is necessarily truth preserving: if the premises are true, the conclusion must also be true. But—the story continues—that’s not enough, since ‘Roses are red, therefore roses are coloured’ for example, while it may be necessarily truth-preserving, is not so in virtue of form. Thus we arrive at a standard contemporary characterisation of validity: an argument is valid when it is NTP in virtue of form. Here I argue that we can and should drop the N; the resulting account is simpler, less problematic, and performs just as well with examples. 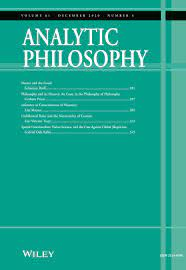